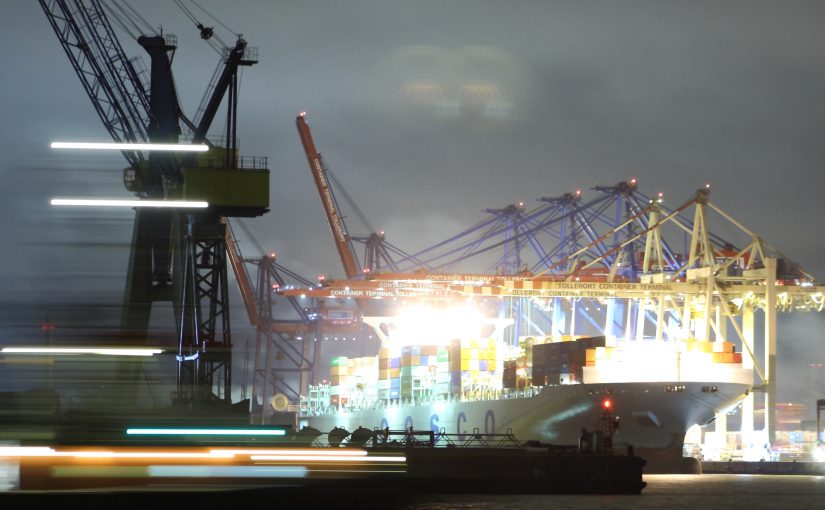 In case of mega container ships, general averages regularly require a great deal of work and time and thus are cost-intensive. Therefore, it is investigated if the legal institution is still up-to-date considering the modern marine trade and the wants of commerce, and what the alternatives could be. As a result, a gradual abolition of general average is supported. Possible and advisable legal arrangements for the future are presented.

This dissertation investigates the future of the legal institution of general average and supports, as a result, a gradual abolition. It is investigated, on the one hand, if the legal institution, as regulated by Sections 588 ff. of the German Commercial Code (HGB) and by the York-Antwerp Rules (YAR) 2016, which are internationally included into the contracts, is still up-to-date considering the modern marine trade and the wants of commerce, and, on the other hand, what the alternatives could be. This research question is raised especially in consideration of mega container ships, where general averages regularly require a great deal of work and time and thus are cost-intensive.

This theoretical study prepares the foundations for future legislative developments in maritime commercial law, for future designs of contracts of carriage and insurance as well as for further discussion of changes of the YAR. This dissertation is intended for academics and practitioners in Maritime Trade Law and Marine Insurance Law as well as for interested economic stakeholders, especially hull and cargo underwriters, shipowners, carriers and shippers. Furthermore, this study is directed at the German legislator, insofar as a need for legal changes is proposed.

In order to lay the foundations for further investigation, this thesis intro-duces into the history of the legal institution of general average and sys-tematically describes its present content for the two sources of law togeth-er, so that the differences between the HGB and the YAR become clear as well. The study deals with existing problems of interpretation and contro-versial issues and new views are added to the discussion. A legal-dogmatic classification is given as well. Problems in connection with the relativity of contractual obligations and with the newly introduced term “fuel” in Section 588 HGB are examples for problems dealt with in detail. Since fault is a frequent factor in general averages, the study lays one focus on the question of fault.

This thesis leaves the sole perspective of maritime trade law and includes marine insurance because insurance is a crucial factor in regulating general averages and thereby necessary to draw a complete picture. The insurance of general average is illustrated by the German Standard Terms and Condi-tions of Insurance for Ocean-Going Vessels 2009 (DTV-ADS 2009) for the hull insurance and by the DTV Cargo Insurance Conditions 2000/2011 (DTV Cargo 2000/2011).

A particular focus is put on the investigation of the justification and func-tion of the legal institution of general average followed by a critical analy-sis. The standard is set by the wants of commerce regarding an economical carriage of goods.

Even though this thesis studies the question of research from a German perspective, international research contributions are comprehensively evaluated, allowing the legal institution to be seen in a new light. This approach meets general averages’ role as an internationally broadly harmo-nized legal institution. Relating suitable aspects, a comparative legal analy-sis is carried out, inter alia with the law of Austria and Switzerland, Eng-land and the USA, Northern Europe (Denmark, Finland, Norway, Sweden) and of further countries bordering the North Sea (Belgium, France and the Netherlands). Findings of the economic analysis of law are beneficially used for the topic. The theory is completed by statistical data, especially the studies by Matthew Marshall on general average, which are not suffi-ciently taken into consideration in the discussion so far.

For the first time, this study investigates in detail the consequences of waiving general average under German law. Possible and advisable legal arrangements for the future are shown in the last chapter. It is recommend-ed that the legal institution is transformed into a contractual obligation within the HGB and that the statutory provision is reduced in principle to a static reference to the YAR 2016. Besides, possible changes and simplifi-cations are compiled and evaluated. For instance, minor damage clauses are recommended for contracts of carriage. The main focus is put on insurance solutions, particularly so-called absorption clauses and the insurance of all general average contributions by the shipowners in return for fright surcharges.

This website uses cookies to improve your experience while you navigate through the website. Out of these cookies, the cookies that are categorized as necessary are stored on your browser as they are essential for the working of basic functionalities of the website. We also use third-party cookies that help us analyze and understand how you use this website. These cookies will be stored in your browser only with your consent. You also have the option to opt-out of these cookies. But opting out of some of these cookies may have an effect on your browsing experience.
Necessary immer aktiv
Necessary cookies are absolutely essential for the website to function properly. This category only includes cookies that ensures basic functionalities and security features of the website. These cookies do not store any personal information.
Non-necessary
Any cookies that may not be particularly necessary for the website to function and is used specifically to collect user personal data via analytics, ads, other embedded contents are termed as non-necessary cookies. It is mandatory to procure user consent prior to running these cookies on your website.
SPEICHERN & AKZEPTIEREN